“When you see a mural, you know something is happening in the city,” Jody, Folklore Music Exchange, Elk City.

The City of Charleston’s Office of Public Art recently released a virtual map showcasing hundreds of pieces of public art and where to find them. The map is broken down by neighborhoods, including Downtown, the East End, South of the River and the West Side. We’ve singled out one from each area to give you an idea of what you can discover along Charleston’s Public Art Tours. 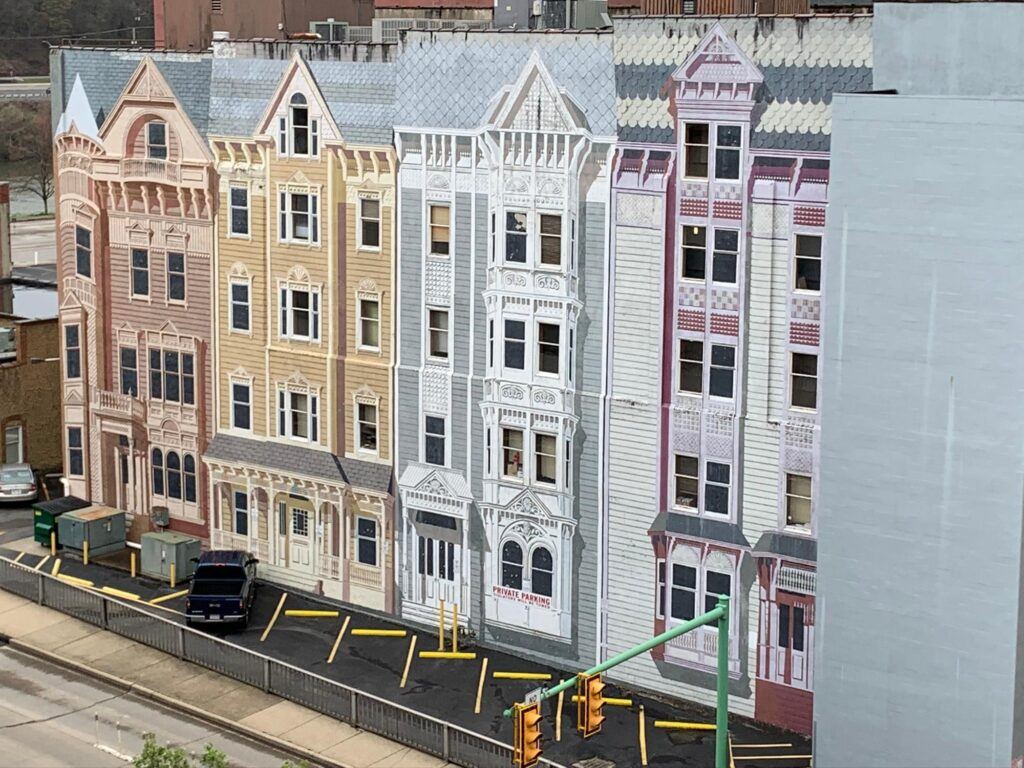 The “Untitled Mural” on Dickinson Street in Downtown is so realistic, you’ll do a double take to see if the colorful buildings are real. Created in 1985 by Bart Davies, this paint-on-brick creation fits perfectly into Charleston’s cityscape. 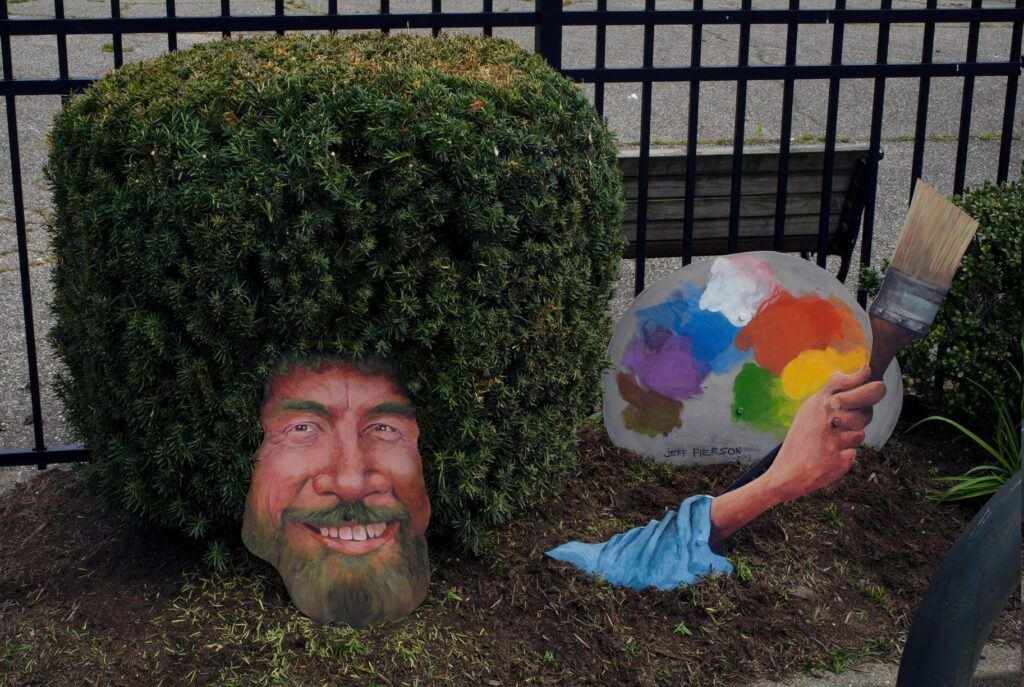 “IN PLACE – Bob Ross” is a tribute to the man who won our hearts with catchphrases like “happy little trees.” Located at 1429 Washington Street East on Charleston’s East End, this paint-on-metal piece was installed in 2019 by artist Jeff Pierson. 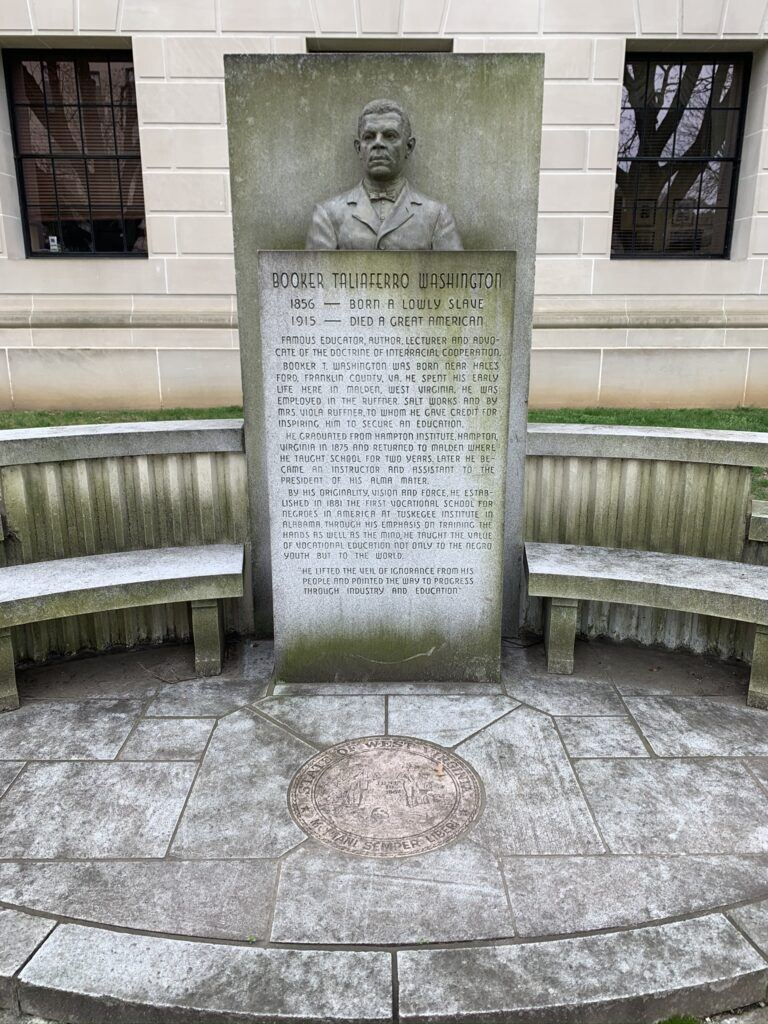 Outside Building 1 on the State Capitol Complex is a bronze statue celebrating the life of Booker T. Washington. Erected in 1979, this tribute was created by W.D. Hopen and sits on the north side of the building. 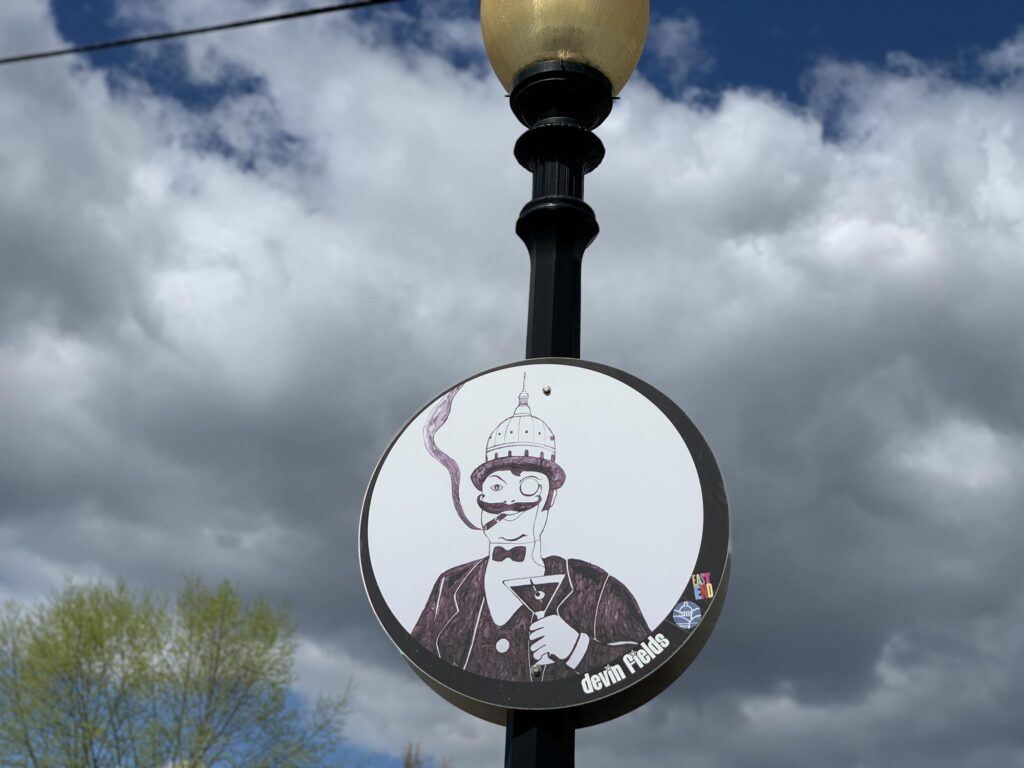 Street Works is a mile-long outdoor gallery on the city’s East End. The signs, which are printed vinyl on metal, feature the work of artists like Devin Fields and Don Brogan who created “Gentleman/Riverfront,” located on the north side of Washington Street East between Maxwell and Nancy streets. 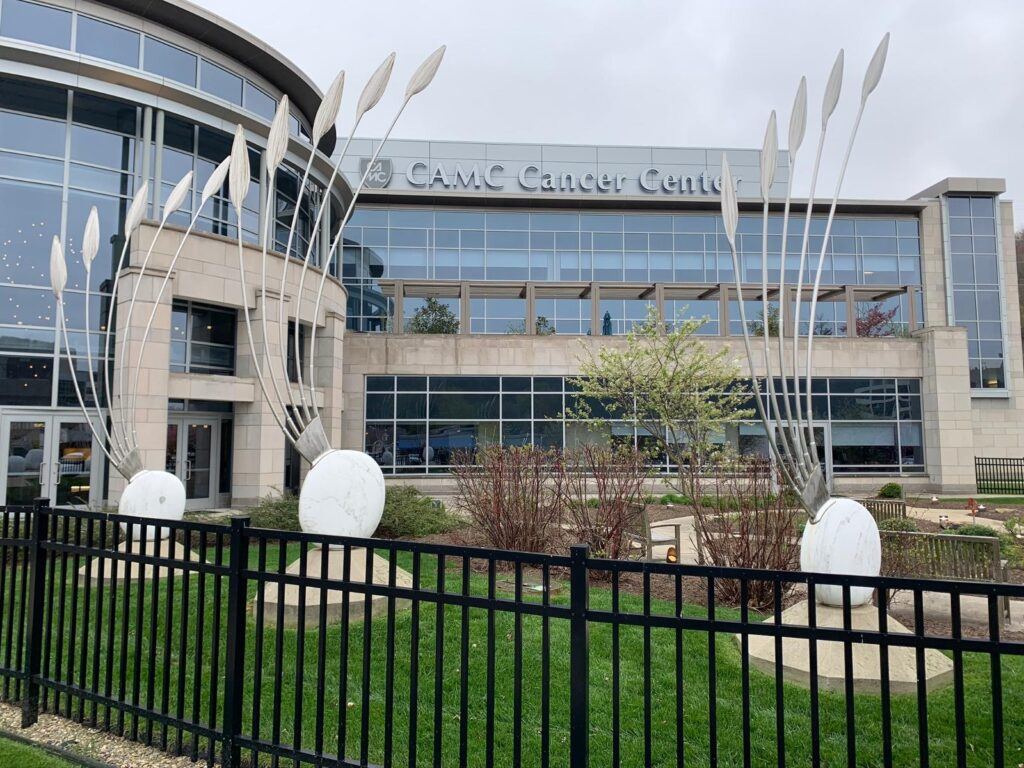 South of the River you’ll find a variety of murals and sculptures, including “New Life.” Created by Johnathan Cox, this stainless steel and marble piece was installed in 2015 at CAMC Cancer Center in Kanawha City. 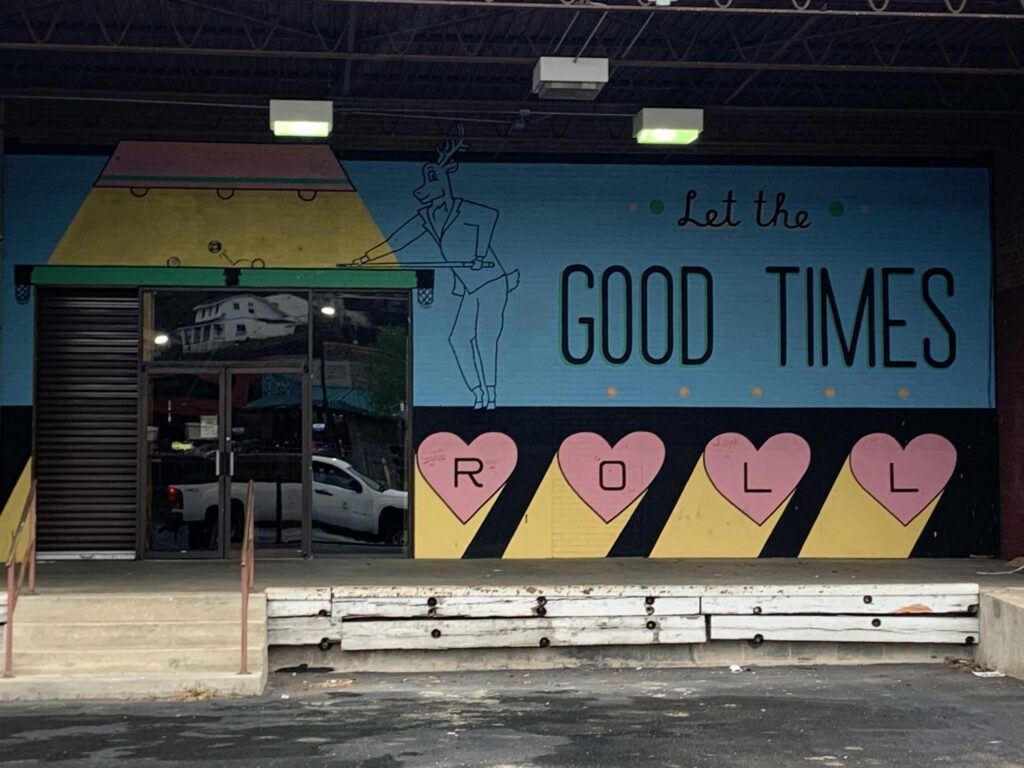 “Let the Good Times Roll” is one of several colorful murals on Charleston’s West Side. This paint-on-concrete creation by Kayleigh Phillips can be discovered in the Washington Street Alley in the Elk City Historic District. 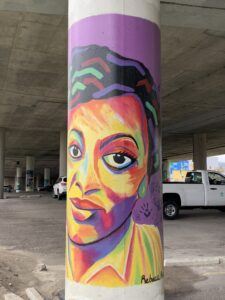 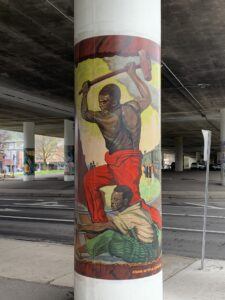 Gallery 64 is one of the city’s most unique and overlooked art hotspots. Colorful artwork is painted directly on concrete piers beneath the I-64 bridge. Among the piers, you’ll find tributes to the legendary steel-driving man, John Henry (by Reaford Walker), and longtime local educator Mary C. Snow (by Rebecca Recco).

Explore Charleston’s public art tour first online, and when the time is right, explore it in person – following all social distancing guidelines, of course! 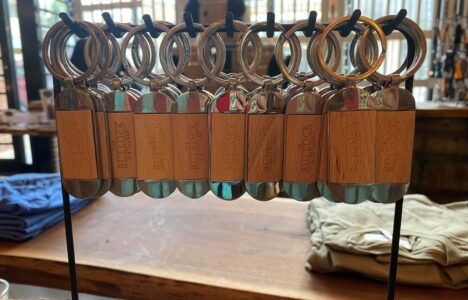 Water is the Special Ingredient 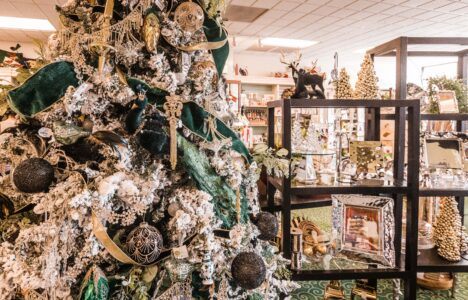 The holiday season is all about joy, happiness, and gift giving. Let us guide you to some incredible ideas for all those on your list this year. Stocking Stuffers Items under $25 JQ Dickinson Salt Works 1 oz jars of salt are the perfect stocking stuffers for the cook in the family. There are 3 […] 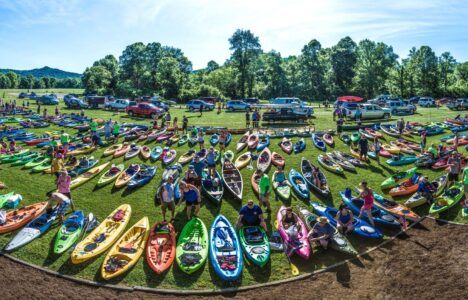